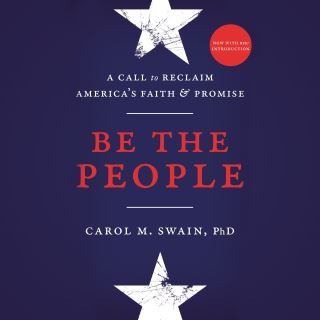 A Call to Reclaim America's Faith and Promise

An insightful analysis of the forces of deception rapidly reshaping America's morals, social policies, and culture, with a call to specific action, written by a thoughtful and courageous Christian social scientist on the front lines of today's issues.

Cultural elites in the media, academia, and politics are daily deceiving millions of Americans into passively supporting policies that are detrimental to the nation and their own best interest. Although some Americans can see through the smokescreen, they feel powerless to redirect the forces inside and outside government that radically threaten cherished values and principles.

Drawing on her training in political science and law, Dr. Swain thoughtfully examines the religious significance of the founding of our nation and the deceptions that have infiltrated our daily lives and now threaten traditional families, unborn children, and members of various racial and ethnic groups—as well as national sovereignty itself--and provides action points for the people of this country to make the political system more responsive.

The book is divided into two sections:

It also covers key topics such as:

Appendixes are available in the audiobook companion PDF download.

Carol M. Swain, PhD, is widely recognized as an authority on political science, law, race, and immigration. She has provided expert commentary about some of today's most complex issues, appearing on top national radio and television programs. Currently professor of both political science and law at Vanderbilt University, she is also a member of the James Madison Society at Princeton University, where she was a tenured professor.