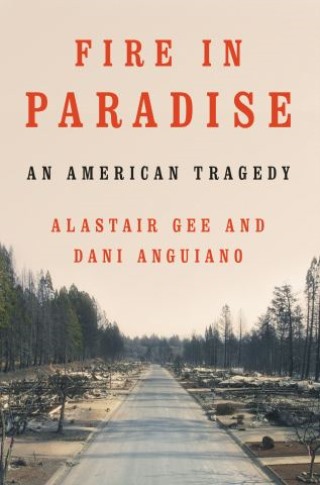 Fire in Paradise: An American Tragedy

The harrowing story of the most destructive American wildfire in a century.

On November 8, 2018, the ferocious Camp Fire razed nearly every home in Paradise, California, and killed at least 85 people. Journalists Alastair Gee and Dani Anguiano reported on Paradise from the day the fire began and conducted hundreds of in-depth interviews with residents, firefighters and police, and scientific experts. Fire in Paradise is their dramatic narrative of the disaster and an unforgettable story of an American town at the forefront of the climate emergency.

Dani Anguiano: Dani Anguiano writes for the Guardian and was a reporter for the Chico Enterprise-Record. She lives in the San Francisco Bay area.|||Alastair Gee is an award-winning editor and reporter at the Guardian who has also written for The New Yorker online, the New York Times, and the Economist.