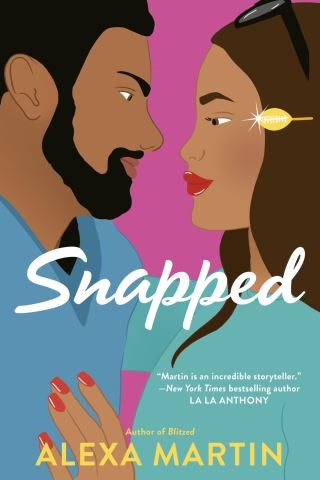 One of PopSugar's Best Romances of October

With the stakes this high, it’s no longer just a game for the Mustang’s quarterback in this romance by the author of Blitzed.

Elliot Reed is living her best life—or pretending to. She owes it to her dad’s memory to be happy and make the most of her new job as Strategic Communications Manager for the Denver Mustangs. Things are going well until star quarterback Quinton Howard Jr. decides to use the field as his stage and takes a knee during the national anthem.

As the son of a former professional athlete, Quinton knows the good, the bad, and the ugly about football. He's worked his entire life to gain recognition in the sport, and now that he has it, he’s not about to waste his chance to change the league for better. Not even the brilliant but infuriating Elliot, who the Mustangs assign to manage him, will get Quinton back in line.

A rocky initial meeting leads to more tension between Quinton and Elliot. But as her new job forces them to spend time together, Elliot realizes they may have more in common than she could've imagined. With her job and his integrity on the line, this is one coin toss that nobody can win.

Alexa Martin: Alexa Martin is a writer and stay-at-home mom. She lives in Colorado with her husband--a former NFL player who now coaches at the high school where they met--their four children, and a German shepherd. When she's not telling her kids to put their shoes on...again, you can find her catching up with her latest book boyfriend or on Pinterest pinning meals she'll probably never make. Her first book, Intercepted, was inspired by the eight years she spent as an NFL wife.