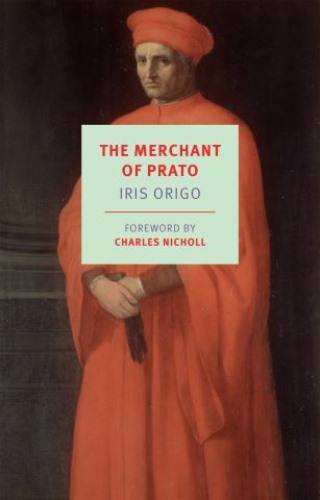 The Merchant of Prato

A warm, intimate, and engrossing biography of Francesco di Marco Datini, who built a powerful mercantile network in fourteenth-century Tuscany, and a peerless evocation of the sensations, personalities, and everyday struggles of Italian life more than half a millennium in the past.

“For God and Profit” is how the medieval merchant Francesco di Marco Datini headed a notebook in which he kept track of his business dealings, and these were certainly his guiding lights. Born in the 1330s in the Tuscan town of Prato, the son of a poor taverner, Datini set out at the age of fifteen for Avignon, where, over the course of the next thirty-five years, he made a fortune trading in arms, armor, artworks, wool, saffron, leather, silk, and much more. Returning home, he expanded his operations, setting up offices all across the Mediterranean, which he oversaw through an unceasing flow of correspondence. When he died, Datini asked that all his papers be preserved in his house, and in 1870 they were found, a little worm-eaten and mouse-nibbled but largely intact, in a sack under the stairs. They are one of the great records not only of medieval life but of the emergence of the modern commercial world.

Drawing on this rich archive, Iris Origo offers a wonderfully vivid account of Datini’s public and private worlds. The Merchant of Prato is a masterpiece of modern narrative history.

Iris Origo: Iris Origo (1902–1988) was born in Britain to an aristocrat mother and a wealthy American father. She lived in Italy and devoted much of her life to the improvement of the Tuscan estate at La Foce that she purchased with her husband, Antonio Origo, in the 1920s. Their son, Gianni, died of meningitis in 1933, after which she embarked on a writing career, publishing a successful biography, Leopardi: A Study in Solitude. Traveling in London in the 1930s, she befriended Virginia Woolf and became romantically involved with L. H. Myers (the author of The Root and the Flower). During World War II, she gave birth to two daughters, Benedetta and Donata, and, with Antonio, sheltered refugee children and assisted many escaped Allied prisoners of war and partisans in defiance of Italy’s Fascist regime and Nazi occupation forces. Her memoirs of life in Italy during the war period are collected in two volumes, A Chill in the Air: An Italian War Diary, 1939–1940 (first published in 2017) and War in Val d’Orcia: An Italian War Diary, 1943–1944 (first published in 1947). In 1976, she was made a Dame Commander of the Order of the British Empire. She died at La Foce.

Charles Nicholl is a British-born historian and travel writer based in Italy. Among his books are Leonardo da Vinci: The Flights of the Mind, The Reckoning: The Murder of Chris­topher Marlowe (winner of the James Tait Black Prize for Biography), Somebody Else: Arthur Rimbaud in Africa (winner of the Hawthornden Prize), and The Lodger: Shakespeare on Silver Street.