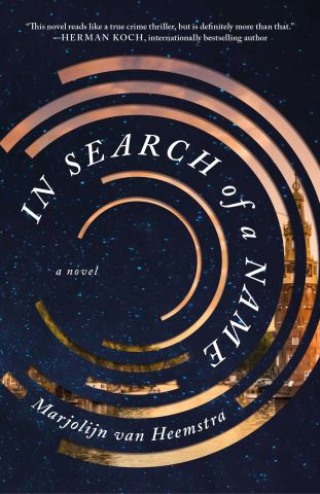 In Search of a Name

This spellbinding and intimate novel explores the burden of legacy as a young woman wrestles with discoveries that contradict her great-uncle’s supposed heroism during World War II.

D says that a name always fits in the end, that a name is like a leather shoe that forms itself to the foot.

But in my mind, it’s the other way around: a person grows into his name.

Marjolijn van Heemstra has heard about her great-uncle’s heroism for as long as she can remember. As a resistance fighter, he was the mastermind of a bombing operation that killed a Dutch man who collaborated with the Nazis, and later became a hero to everyone in the family.

So, when Marjolijn’s grandmother bestows her with her great-uncle’s signet ring requesting that she name her future son after him, Marjolijn can’t say no. Now pregnant with her firstborn, she embarks on a quest to uncover the true story behind the myth of her late relative. Chasing leads from friends and family, and doing her own local research, Marolijn realizes that the audacious story she always heard is not as clear-cut as it was made out to be. As her belly grows, her doubts grow, too—was her uncle a hero or a criminal?

Vivid, hypnotic, and profoundly moving, In Search of a Name explores war and its aftermath and how the stories we tell and the stories we are told always seem to exist somewhere between truth and fiction.

Marjolijn van Heemstra: The Dutch poet, novelist, and playwright Marjolijn van Heemstra holds a master’s degree in religion. Her first poetry collection, If Moses Had Been More Persistent, won the Jo Peters Poetry Prize. She debuted as a novelist with The Last of the Aedemas. Her latest novel, In Search of a Name, was nominated for multiple national prizes and has been translated into nine languages. She currently writes for The Correspondent, Harper’s Bazaar, and several newspapers.