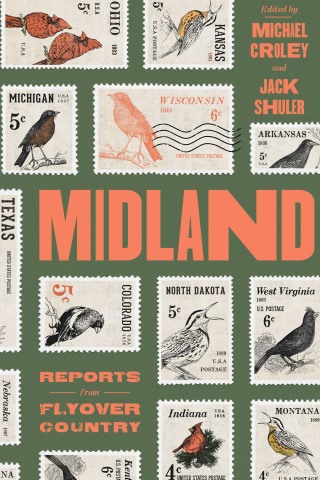 Leading journalists between the coasts offer perspectives on immigration, drug addiction, climate change, and more that you won’t find in national mainstream media.

After the 2016 presidential election, the national media fretted over what they could have missed in the middle of the country, launching a thousand think pieces about so-called “Trump Country.” Yet in 2020, the polling was way off—again. Journalists between the coasts could only shake their heads at the persistence of the false narratives around the communities where they lived and worked.

Contributor Ted Genoways foresaw how close the election in 2016 would be and, in its aftermath, put out a public call on Facebook, calling on writers from those midland states to help answer the national media’s puzzlement.

Representing a true cross-section of America, both geographically and ethnically, these writers highlight the diversity of the American experience in essays and articles that tell the hidden local truths behind the national headlines. For instance:
-Esther Honig describes the effects of the immigration crackdown in Colorado
-C.J. Janovy writes about the challenges of being an LGBTQ+ activist in Kansas
-Karen Coates and Valeria Fernández show us the children harvesting our food
-And Sydney Boles chronicles a miner’s protest in Kentucky.

For readers willing to look at the American experience that the pundits don’t know about or cover, Midland is an invaluable peek into the hearts and minds of largely unheard Americans.

Michael Croley: Michael Croley won an NEA Fellowship in Literature for 2016 as well as an Ohio Arts Council Individual Excellence Award. He is the author of Any Other Place: Stories. His fiction and essays have appeared in the International New York Times, Bloomberg, VQR, The Paris Review Daily, Kenyon Review Online, LitHub, Narrative, and elsewhere. He teaches creative writing at Denison University. |||Jack Shuler is the author of four books, including This is Ohio, and his writing has appeared in the The New Republic, Pacific Standard, Christian Science Monitor, Salon, Los Angeles Times, among others. He chairs the Narrative Journalism program at Denison University.