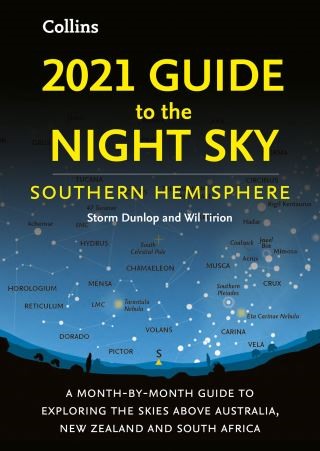 2021 Guide to the Night Sky Southern Hemisphere: A month-by-month guide to exploring the skies above Australia, New Zealand and South Africa

A comprehensive handbook to the planets, stars and constellations visible from the southern hemisphere. 6 pages for each month covering January–December 2021.

Diagrams drawn for the latitude of southern Australia, but including events visible from New Zealand and South Africa.