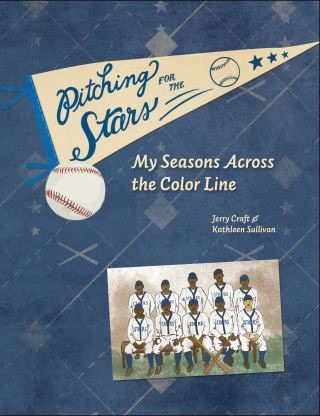 Pitching for the Stars

My Seasons Across the Color Line

In early summer 1959, Texas Tech senior Jerry Craft was planning to stay home on the family ranch when Carl Sedberry, a semipro baseball manager, phoned, asking him to try out for his club. Craft had never heard of the Wichita Falls/Graham Stars, but they needed a pitcher, and Craft was surprised and persuaded by their offer to pay $75 per game. Craft was in for an even bigger surprise when he reported to Spudder Park and realized that Mr. Sedberry was recruiting him for the West Texas Colored League. No one—least of all Craft—could know for sure what would happen when the League’s first white pitcher took the mound that summer day. But as Mr. Sedberry’s wisdom prevailed, the Stars and their white teammate pulled together to play a game they loved. Craft would pitch two seasons for the Stars. As they made history Craft and his teammates would learn much from Mr. Sedberry and each other about sports and life, and share experiences that would change them forever. Looking back on those years before the Civil Rights movement, when baseball was still very much a segregated game in a segregated society, Craft relates an unlikely story of respect, character, humor, and ultimately friendship.

Jerry Craft: Jerry Craft, rancher and former mayor of Jacksboro, Texas, was also a pioneer in the national cable television industry. He lives in Jacksboro and operates ranches in Texas and New Mexico.|||Kathleen Sullivan has taught at Southern Methodist University and the University of Texas at Arlington. A member of the Sport Literature Association and the Society for American Baseball Research, she lives in Arlington, Texas.