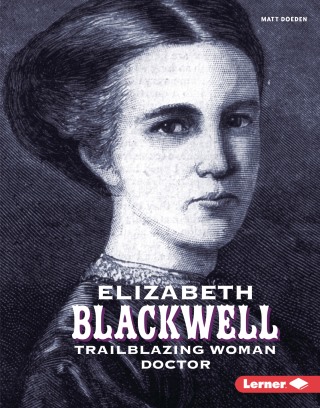 Elizabeth Blackwell shattered the glass ceiling in medicine as the first woman doctor. After her father's death, she used her unusually high level of education to earn a living. Blackwell began working as a teacher while saving up for medical school. The rejection letters piled up, but she persisted until she was admitted to Geneva University. Life still wasn't easy once she had her diploma. She had to fight sexism and challenge stereotypes about women in the medical field.

Hoping to break down barriers for other aspiring women physicians, Blackwell opened the Women's Medical College of the New York Infirmary and the London School of Medicine for Women. These schools were specifically for women and offered extensive training to help them in the medical field. Read about Blackwell's life and her lasting legacy in medicine.

Matt Doeden: Matt Doeden began his career as a sports writer. Since then, he's spent more than a decade writing and editing children's nonfiction. Matt lives in Minnesota with his family.