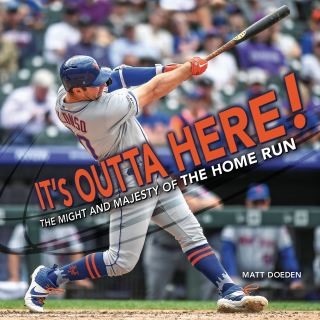 In 1921, New York Yankees slugger Babe Ruth smashed a home run that sailed 575 feet (175 m), the longest homer ever hit in a Major League Baseball game. Ruth's home runs thrilled fans and revolutionized the game. One hundred years later, the home run is still the most exciting play in baseball.

Read about the longest, strangest, and most important home runs in baseball history. See how the game's superstars hit the ball so far, and learn about the ways players have cheated to hit home runs, from performance-enhancing drugs to corked bats and stolen signs. Take a high-flying journey from baseball's early days to today's biggest sluggers.

Matt Doeden began his career as a sports writer. Since then, he's spent more than a decade writing and editing children's nonfiction. Matt lives in Minnesota with his family.