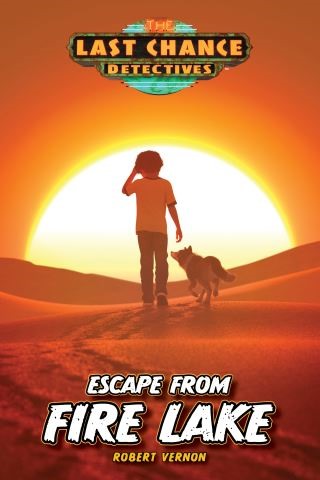 In the fourth book of the series, readers learn that God will never leave you.

Will Mike find his way out before he runs out of water?

Winnie, Ben, and Spence have just found Mike’s compass in the dirt at an old abandoned motel in town. And worse, the empty getaway car from yesterday’s bank robbery is sitting in the motel’s courtyard.

The Last Chance Detectives launch a desperate search for one of their own—but it’s a race against time, and the odds are against them.

A manhunt . . . the figure of a winged jaguar . . . flames in the desert sky . . . and a trail of clues lead out into the barren, unforgiving wilderness known as Fire Lake.

Get to know The Last Chance Detectives

Together, these four friends won’t stop until the mystery is solved!