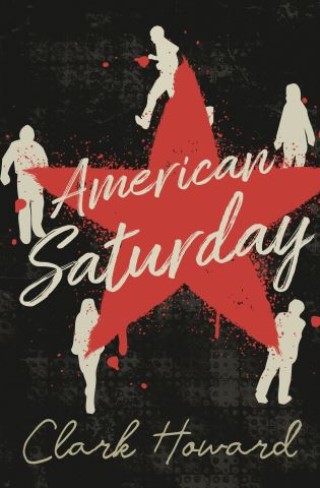 A “vividly written” account of the bloody 1971 San Quentin riot by the Edgar Award–winning author of Zebra and Six Against the Rock (Kirkus Reviews).

American Saturday traces one man’s path from the slums of Chicago to the California state prison where he embraced radicalism, was charged for the murder of a corrections officer, and eventually, was gunned down during the violent chaos following a failed escape attempt. This chilling account of an infamous prison riot comes from a writer who has been called “a superlative storyteller” (Publishers Weekly).

“The Saturday was August 21, 1971 and the headline read ‘George Jackson, 5 Others Slain in San Quentin.’ Howard’s account traces the careers of the inmates and guards whose lives converged and ended that day, but focuses on the pivotal figure of Jackson himself, whose botched escape attempt—just before his scheduled trial in the ‘Soledad Brothers’ murder case—led to a gory riot in which three guards, two other inmates, and Jackson himself were killed. . . . Extensively researched and vividly written.” —Kirkus Reviews

Clark Howard:
Clark Howard (1932-2016) Born in Ripley, Tennessee, Howard was one of the most honored mystery writers in America and was a longtime favorite of readers of Ellery Queen Mystery Magazine, Alfred Hitchcock Mystery Magazine, and numerous other publications. A professional writer for over 40 years, he wrote sixteen novels, six books of non-fiction, and published two collections of short stories, in addition to more than 200 uncollected short stories. Howard was honored with the Edgar Allan Poe award for best short story of 1981 from the Mystery Writers of America. In 2009, Howard won the Edward D. Hoch Memorial Golden Derringer Award for Lifetime Achievement from the Short Fiction Mystery Society.​