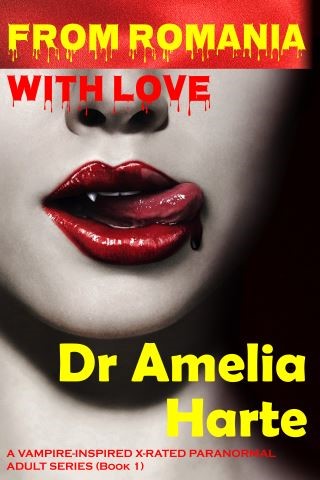 FROM ROMANIA WITH LOVE

The story revolves around Elena Popescu as the principal character in the book. Following the mysterious and untimely death of Elena's mom, at the young age of thirty-four, Elena sets out to carry out a weird investigation in order to determine the exact cause of her mom's demise. Was her death the result of the work of clandestine vampirism or was there another underlying cause?
Marius Lupu and Elena's mom, were part of the same congregation at the local church in Cluj-Napoca. At the time they were around fifteen years of age and shared several common interests until social circumstances changed their lives. The following year Maria was married off to Ion Popescu, a simple person who hails from Bucharest. In accordance, her absence from church seemed to demotivate Marius Lupu as her absence became a figment of his imagination.
A decade of years later, an ailing Maria re-visits Cluj-Napoca and seeks the help of Marius Lupu. In the interim...he has become a very successful psychiatrist in the city. Then, following Maria's death, Elena found some letters which revealed strong links between her mom and visits to places of medieval interest. In addition, the abbreviation of MM seemed to have been penned at the bottom of each letter, thereby leaving Elena in a state of suspense. One such place of visit was Vlad's Castle and the owner was none other than Dr Marius Lupu. The story of the book is romantically interspersed with inquisition, uncanny romance and intriguing vampirism.