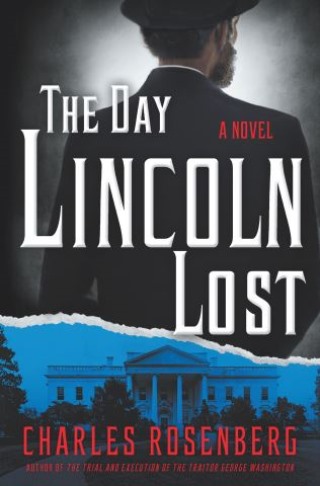 An inventive historical thriller that reimagines the tumultuous presidential election of 1860, capturing the people desperately trying to hold the nation together—and those trying to crack it apart.

Abby Kelley Foster arrived in Springfield, Illinois, with the fate of the nation on her mind. Her fame as an abolitionist speaker had spread west and she knew that her first speech in the city would make headlines. One of the residents reading those headlines would be none other than the likely next president of the United States.

Abraham Lincoln, lawyer and presidential candidate, knew his chances of winning were good. All he had to do was stay above the fray of the slavery debate and appear the voice of reason until the people cast their votes. The last thing he needed was a fiery abolitionist appearing in town. When her speech sparks violence, leading to her arrest and a high-profile trial, he suspects that his political rivals have conspired against him.

President James Buchanan is one such rival. As his term ends and his political power crumbles, he gathers his advisers at the White House to make one last move that might derail Lincoln’s campaign, steal the election and throw America into chaos.

A fascinating historical novel and fast-paced political thriller of a nation on the cusp of civil war, The Day Lincoln Lost offers an unexpected window into one of the most consequential elections in our country’s history.

Charles Rosenberg: Charles Rosenberg is the author of the legal thriller Death on a High Floor and its sequels. The credited legal consultant to the TV shows LA Law, Boston Legal, The Practice, and The Paper Chase, he was also one of two on-air legal analysts for E! Television’s coverage of the O.J. Simpson criminal and civil trials. He teaches as an adjunct law professor at Loyola Law School and has also taught at UCLA, Pepperdine and Southwestern law schools. He practices law in the Los Angeles area.