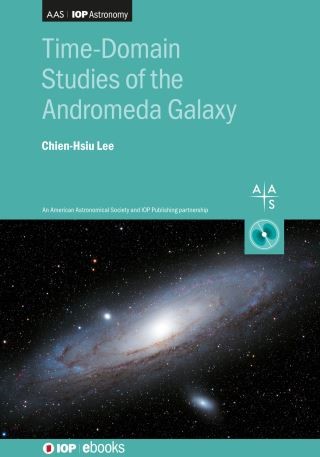 Time-Domain Studies of the Andromeda Galaxy

The advent of charge-coupled devices and the subsequent implementation of ultrawide cameras for large imaging surveys has opened a new window for time-domain astronomy. In the past, time-domain studies were focused on monitoring campaigns of selected dense stellar fields. This included the Milky Way (the galactic bulge in particular) and its satellites the Magellanic Clouds. The monitoring campaigns also extended to other nearby galaxies such as the Andromeda and Triangulum galaxies. However, with advances in technology, time-domain studies have been transformed by unbiased all-sky surveys, such as the All-Sky Automated Survey, Pan-STARRS, Palomar Transient Factory, and Catalina Sky surveys. With the Large Synoptic Survey Telescope (LSST) on the horizon, there will be an avalanche of time-series data of the entire southern sky. In light of LSST, it is important to prepare future generations of astronomers with the knowledge and tools to digest the big data in a timely manner.

In this book, our closest neighboring spiral galaxy – the Andromeda galaxy (M31) – is used as an example to walk readers through the ideas and techniques of time-domain analysis. This includes using image subtraction to obtain high quality time-series photometry, determining periods of variables using periodograms and classifying transients and variables based on the shapes of the light curves. It also highlights some science topics to showcase how we can use the time-domain data to shed light on the nature of the transient events and their progenitors.

Chien-Hsiu Lee is an assistant scientist at the National Optical Astronomy Observatory, USA. He earned his bachelor and masterʼs degrees in Taiwan and then pursued his PhD studies at the International Max-Planck Research School on Astrophysics in Germany. He has been involved in several large imaging surveys, including the Pan-STARRS, Palomar Transient Factory, Hyper Suprime-Cam Subaru Strategic Program and the Large Synoptic Survey Telescope.