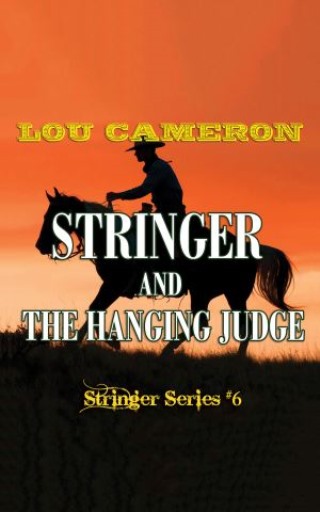 Stringer and the Hanging Judge

They say Judge Roy Bean has been up to some legal tomfoolery again. And it's MacKail's job to get the scoop on the infamous "hanging judge." But someone is out to stop Stringer—dead. Now it could be old Bean and some of his boys. Or maybe it's just another Lone Star gunslick with too much nerve and too little smarts. The only thing MacKail knows for sure is that newspaper men ain't welcome, especially not around Bean or his laughing pack of blood-simple coyotes. The only person who even says howdy is a south-of-the-border bandit about to turn revolutionary. But with Pancho Villa on your side, you don't need any enemies.

Lou Cameron (1924–2010) was a prolific American novelist with over three hundred titles to his credit, from adventure, science fiction, crime, and war to movie novelizations, Westerns, and more. In addition to the Stringer Western series, he created the Longarm character, writing under the name Tabor Evans, as well as the Renegade series, writing as Ramsay Thorne. Cameron won the Western Writers of America Spur Award for Best Novel in 1976, and he was also an accomplished comic book illustrator.