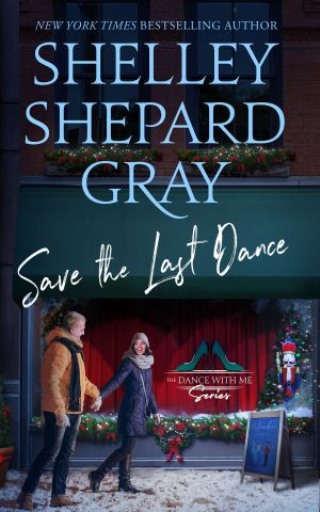 Save the Last Dance

Kimber Klein has left the modeling world behind. She’s sick of the constant pressure to be perfect and ready to live her life without watching every little thing she eats. She’s also really happy to finally spend some time getting to know herself and the two sisters she never met until recently. Life is good … mostly. Kimber can’t stop worrying about a stalker she’s hoping she left behind in New York City. She doesn’t think he’s found her in Bridgeport, until one day she leaves her volunteer job at the elementary school library to find two of her tires slashed. Has her old life come back to haunt her in Ohio?

Gunnar Law is satisfied with his life as a single dad. He’s still getting to know his son, Jeremy, since he’s only been fostering the teen for a short while. While parenting someone you only just met can be a little awkward, Gunnar loves Jeremy and plans to adopt him as soon as they can get the paperwork through. Life is pretty simple, and he likes it that way. Then one afternoon, he and Jeremy stop to help a distraught—and extremely beautiful—woman who had her tires slashed in the school parking lot. And suddenly life doesn’t seem quite so simple anymore.

In this final chapter of the Dance with Me series, Shelley Shepard Gray leads us back to Bridgeport, Ohio, where family comes in all shapes and sizes, everyone deserves a second chance, and falling in love happens when you least expect it.

Shelley Shepard Gray is the New York Times and USA Today bestselling author of numerous romantic fiction series and mystery novels, including the Seasons of Sugarcreek series, the Sisters of the Heart series, the Families of Honor series, and others. She is a recipient of RT Book Reviews Reviewers’ Choice Award.