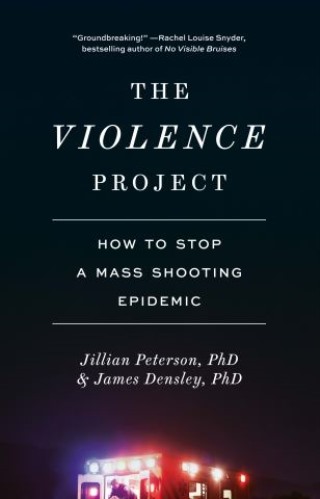 How to Stop a Mass Shooting Epidemic

Using data from the writers’ groundbreaking research on mass shooters, including first-person accounts from the perpetrators themselves, The Violence Project charts new pathways to prevention and innovative ways to stop the social contagion of violence. Frustrated by reactionary policy conversations that never seemed to convert into meaningful action, special investigator and psychologist Jill Peterson and sociologist James Densley built The Violence Project, the first comprehensive database of mass shooters. Their goal was to establish the root causes of mass shootings and figure out how to stop them by examining hundreds of data points in the life histories of more than 170 mass shooters—from their childhood and adolescence to their mental health and motives. They’ve also interviewed the living perpetrators of mass shootings and people who knew them, shooting survivors, victims’ families, first responders, and leading experts to gain a comprehensive firsthand understanding of the real stories behind them, rather than the sensationalized media narratives that too often prevail. For the first time, instead of offering thoughts and prayers for the victims of these crimes, Peterson and Densley share their data-driven solutions for exactly what we must do, at the individual level, in our communities, and as a country, to put an end to these tragedies that have defined our modern era.

Jillian Peterson:
Jillian Peterson, PhD, has led large-scale research studies on mental illness and crime, school-shooting prevention, and mass violence, which have received national media attention. She is a professor of criminology and criminal justice at Hamline University and the faculty director of the Center for Justice and Law. She lives in Saint Paul, Minnesota. James Densley, PhD, is a professor of criminal justice and first University Scholar at Metropolitan State University, which is part of the Minnesota State system. He has quickly established himself as one of the world’s leading experts on street gangs and youth violence, including cyber violence. He lives in Saint Paul, Minnesota.
|||null