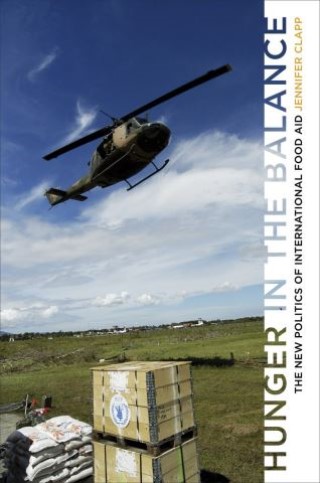 Hunger in the Balance

Food aid has become a contentious issue in recent decades, with sharp disagreements over genetically modified crops, agricultural subsidies, and ways of guaranteeing food security in the face of successive global food crises. In Hunger in the Balance, Jennifer Clapp provides a timely and comprehensive account of the contemporary politics of food aid, explaining the origins and outcomes of recent clashes between donor nations—and between donors and recipients.

She identifies fundamental disputes between donors over "tied" food aid, which requires that food be sourced in the donor country, versus "untied" aid, which provides cash to purchase food closer to the source of hunger. These debates have been especially intense between the major food aid donors, particularly the European Union and the United States. Similarly, the EU’s rejection of GMO agricultural imports has raised concerns among recipients about accepting GMO foodstuffs from the United States. For the several hundred million people who at present have little choice but to rely on food aid for their daily survival, Clapp concludes, the consequences of these political differences are profound.

Jennifer Clapp is Professor and Canada Research Chair of Global Food Security and Sustainability, Department of Environment and Resource Studies and Balsillie School of International Affairs, University of Waterloo. She is a Trudeau Fellow and author of a number of books, including Toxic Exports: The Transfer of Hazardous Wastes from Rich to Poor Countries, also from Cornell, and Food. She is also coauthor of Paths to a Green World and coeditor of several books.