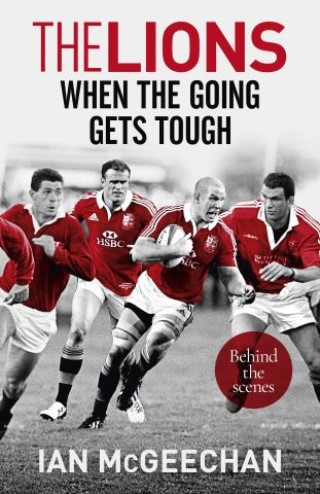 The Lions: When the Going Gets Tough

Sir Ian McGeechan is the 'Ultimate Lion'. Nobody's name resonates louder with the Lions than his.

In 2017 the British and Irish Lions face one of the toughest tours in history - taking on the All Blacks in New Zealand, where they have only won one of their last 12 Tests.

In this unique and fascinating book Sir Ian McGeechan uses his own coaching notes to provide insight and background into what it means to be a Lion, and how the most successful Lions teams in history were built.

He will also delve into his rich collection of anecdotes to bring alive the characters involved, and it will undoubtedly be a book that even Warren Gatland will want to read.

Sir Ian McGeechan has excelled at every level of the modern rugby game. One of the best centres ever to put on a Scottish shirt, he won 32 caps for his country, and 8 for the Lions - he was a core element of Willie John McBride's all-conquering 1974 Lions tour in South Africa.

Turning his hand to coaching, he coached Headingley from 1980-83 and was involved in coaching Scotland U21s and Scotland Bs before taking over as head coach of his national team in 1985. He quickly adapted their playing style to their free-running strengths. Against all odds, they prized the Grand-Slam from England in 1990.

The true highlight of 'Geech's' coaching career has to be the sensational 1997 Lions tour to South Africa, where a 2-1 victory was won against arguably the toughest team in the world on their home turf.

He has been head coach on four separate occasions, most recently 2009 and coached the mid-week side in 2005.

In 2010 he was knighted for services to Rugby.