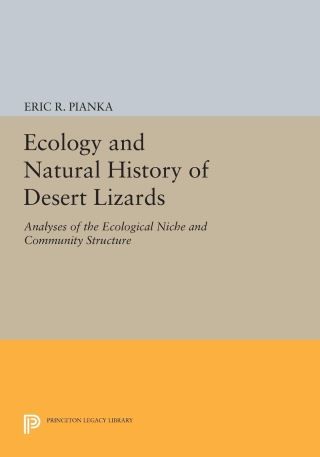 Analyses of the Ecological Niche and Community Structure

Eric Pianka offers a synthesis of his life's work on the comparative ecology of lizard assemblages in the Great Basin. Mojave and Sonoran deserts of western North America, the Kalahari semi-desert of southern Africa, and the Great Victoria desert of Western Australia.

The Princeton Legacy Library uses the latest print-on-demand technology to again make available previously out-of-print books from the distinguished backlist of Princeton University Press. These editions preserve the original texts of these important books while presenting them in durable paperback and hardcover editions. The goal of the Princeton Legacy Library is to vastly increase access to the rich scholarly heritage found in the thousands of books published by Princeton University Press since its founding in 1905.