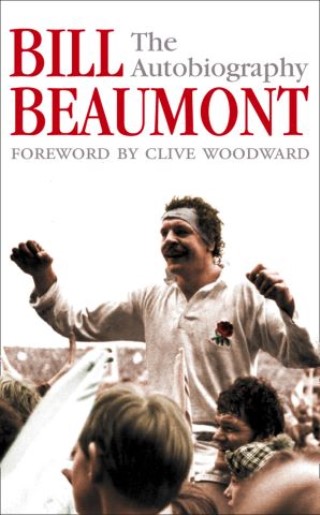 First published in 2003 and now available as an ebook.

One of the best lock forwards in the history of English and Lions’ game, and a successful captain to boot. Bill Beaumont’s popularity on the field and his appearances on A Question of Sport made him a household name.

This is the light-hearted and amusing life story of a larger-than-life character.

A serious head injury forced Bill Beaumont to retire from rugby prematurely at the age of 29, after leading his country 21 times in 34 appearances – including a memorable Grand Slam in 1980 – and captaining the Lions to South Africa in 1980.

Since then he has been honoured with an OBE and turned effortlessly to a career in broadcasting as a BBC and Sky Sports summariser and, more famously, as captain on the sports quiz show A Question of Sport.

He is also a brilliant after-dinner speaker, and recently became chairman of the RFU's National Playing Committee.

Beaumont reflects back on a wonderful career, reliving the dramatic events on the field as well as the off-the-field scrapes and humorous escapades that characterised the game in its amateur era. And now as an elder statesman, he is perfectly positioned to talk knowledgeably about the game he so loves.

Bill Beaumont was born in Preston in 1952. Starting his career as a full-back at Ellesmere College, he developed into one of the greatest lock forwards the game has seen, winning 34 caps for his country, and captaining them to the 1980 Grand Slam. He also toured with the British Lions, once as captain. He retired from the game n 1982 and is now a rugby broadcaster and analyst for BBC TV and successful after-dinner speaker.

Jeff Green is a sports journalist on the Manchester Evening News.