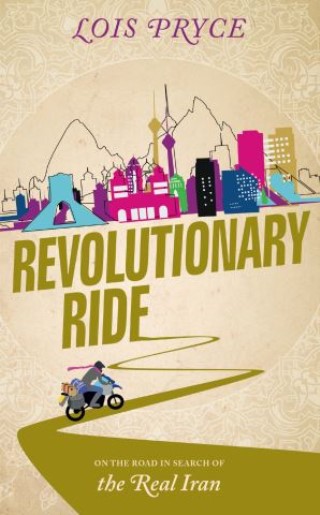 On the Road to Shiraz, the Heart of Iran

"A proper travelogue - a joyful, moving and stereotype-busting ride." - National Geographic Traveller, Book of the YearIn 2011, at the height of tension between the British and Iranian governments, travel writer Lois Pryce found a note left on her motorcycle outside the Iranian Embassy in London:

... I wish that you will visit Iran so you will see for yourself about my country. WE ARE NOT TERRORISTS!!! Please come to my city, Shiraz. It is very famous as the friendliest city in Iran, it is the city of poetry and gardens and wine!!!
Your Persian friend,
Habib

Intrigued, Lois decides to ignore the official warnings against travel (and the warnings of her friends and family) and sets off alone on a 3,000 mile ride from Tabriz to Shiraz, to try to uncover the heart of this most complex and incongruous country. Along the way, she meets carpet sellers and drug addicts, war veterans and housewives, doctors and teachers - people living ordinary lives under the rule of an extraordinarily strict Islamic government.

Revolutionary Ride is the story of a people and a country. Religious and hedonistic, practical and poetic, modern and rooted in tradition - and with a wild sense of humour and appreciation of beauty despite the comparative lack of freedom - this is the true story of real contemporary Iran.

Lois Pryce:
Lois Pryce is a journalist and speaker and has written for the Telegraph, the Independent, the New York Times, CNN and the Guardian and is a contributing editor for Overland Journal. She was named by the Telegraph as one of the 10 Great Female Travellers and is the author of two other bestselling books about her adventures by motorcycle. ww.loisontheloose.com @LoisPryce