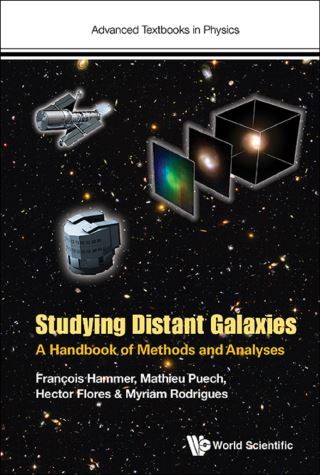 Studying Distant Galaxies: A Handbook Of Methods And Analyses

A Handbook of Methods and Analyses

Distant galaxies encapsulate the various stages of galaxy evolution and formation from over 95% of the development of the universe. As early as twenty-five years ago, little was known about them, however since the first systematic survey was completed in the 1990s, increasing amounts of resources have been devoted to their discovery and research. This book summarises for the first time the numerous techniques used for observing, analysing, and understanding the evolution and formation of these distant galaxies.In this rapidly expanding research field, this text is an every-day companion handbook for graduate students and active researchers. It provides guidelines in sample selection, imaging, integrated spectroscopy and 3D spectroscopy, which help to avoid the numerous pitfalls of observational and analysis techniques in use in extragalactic astronomy. It also paves the way for establishing relations between fundamental properties of distant galaxies. At each step, the reader is assisted with numerous practical examples and ready-to-use methodology to help understand and analyse research.François Hammer worked initially in general relativity and made the first modelling of gravitational lenses prior to their spectroscopic confirmation. Following this, he became co-leader of the first complete survey of distant galaxies, the Canada-France-Redshift Survey. This led to the discovery of the strong decrease of the cosmic star formation density measured from UV light as z=1, which, alongside Hector Flores, they confirmed as bolometric and dust independent. With Mathieu Puech, they then pioneered the 3D spectroscopy of distant galaxies, leading to a major increase of understanding of the dynamic state of distant galaxies evidenced by the scatter of the Tully-Fisher relation. This led them to propose, with the addition to the team of Myriam Rodrigues, that galactic disks may survive or be rebuilt in gas-rich mergers, a scenario that is consistent with contemporary cosmological simulations. Besides extensive observational experience, the authors have led, or are leading, several instruments implemented or to be implemented at the largest telescopes, including VLT/Giraffe, VLT/X-shooter, VLT/MOONS and E-ELT/MOSAIC. They have also developed several observational techniques in adaptive optics, and in sky subtraction for integral field units and fibre instruments.