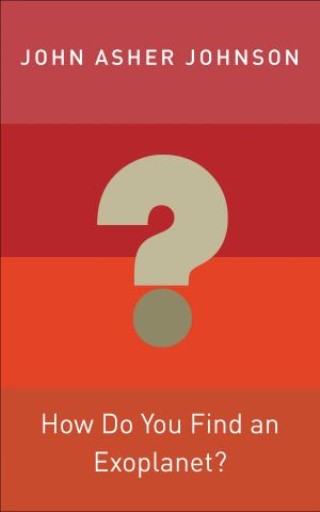 How Do You Find an Exoplanet?

An authoritative primer on the cutting-edge science of planet hunting

Alien worlds have long been a staple of science fiction. But today, thanks to modern astronomical instrumentation and the achievements of many enterprising observational astronomers, the existence of planets outside our solar system—also known as exoplanets—has moved into the realm of science fact. With planet hunters finding ever smaller, more Earth-like worlds, our understanding of the cosmos is forever changed, yet the question of how astronomers make these discoveries often goes unanswered.

How Do You Find an Exoplanet? is an authoritative primer on the four key techniques that today's planet hunters use to detect the feeble signals of planets orbiting distant stars. John Johnson provides you with an insider’s perspective on this exciting cutting-edge science, showing how astronomers detect the wobble of stars caused by the gravitational tug of an orbiting planet, the slight diminution of light caused by a planet eclipsing its star, and the bending of space-time by stars and their planets, and how astronomers even directly take pictures of planets next to their bright central stars.

Accessible to anyone with a basic foundation in college-level physics, How Do You Find an Exoplanet? sheds new light on the prospect of finding life outside our solar system, how surprising new observations suggest that we may not fully understand how planets form, and much more.