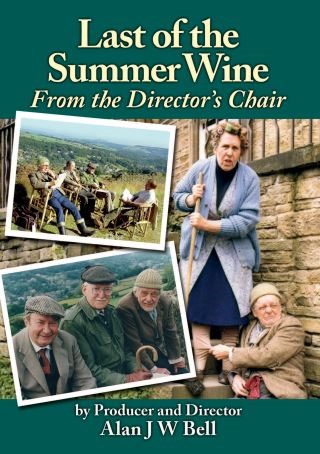 Last of the Summer Wine - From the Director's Chair

Roy Clarke’s Last of the Summer Wine was the longest running TV comedy series in the world, largely due to the passion, dedication and creativity of its producer/director – ALAN J W BELL. It has been broadcast in the United States on PBS for years and has become one of PBS' most successful British programs. In this book, Alan takes us on the set and into the studio to get up close and personal with the series and its actors. You will laugh out loud, cry in places and also guffaw as your jaw drops at reading these astonishing anecdotes, all told as only Alan can – from the inside! Last of the Summer Wine – From the Director’s Chair provides a powerful critique of BBC management style from the man who was the very last in the long line of traditional comedy producer/directors who made programs with little or no executive interference. The series is finished, but in this memoir we can still relive that little bit of Yorkshire held so dear to the viewing public.

Alan Bell: It was the whir of film running through a camera that attracted Alan J W Bell to the business of film-making: He had a disrupted education due, initially to the war, and then the early loss of his father, which resulted in the family moving from London to Scotland. Aware of the advanced standard of Scottish education, and conscious of his inadequacy at bridging the gap, he found himself seeking solace around the attractive coastline of Fife. Drawn to the wonders of film-making through a friends